Podcasts are becoming an increasingly popular way to reach a target audience and deliver a message that can motivate them to take action. Your brand narrative is a message you design with a purpose in mind. In this course, you will explore strategies for enhancing the message to be used in a brand narrative podcast.

You will discover the importance of setting a production plan that helps you achieve your vision. An interview can improve the engagement of your audience, so you will examine ways to identify the best interview subject and how to ensure you ask them the right questions.

With solid content in place, you will then move on to adding elements such as sound design to amp up the entertainment value and appeal for your audience. Even if you are a beginner, you will gain technical skills in recording your podcast and explore tips for maximizing sound quality.

You will end this course with a polished podcast ready to use in your social media and marketing plan. 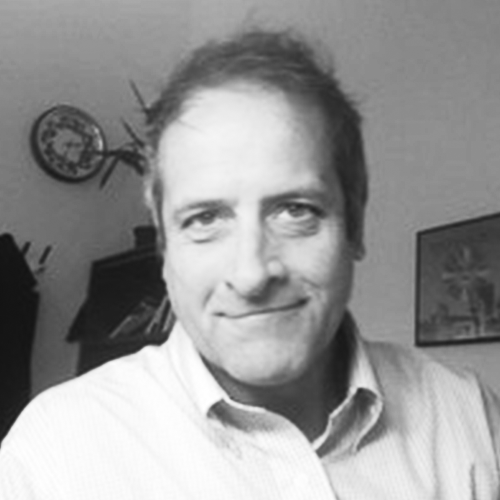 Christopher Byrne has been on the faculty of Cornell’s Department of Communication since 2015, where he teaches “Writing and Producing the Narrative in Digital Media” and “Connecting Experience: Creating a Personal Brand and Implementing an ePortfolio,” along with two industry seminars, NYCOMM and CaliComm, both of which travel to New York City, Hollywood, and Silicon Valley every year to study and meet with media organizations.

Professor Byrne is the faculty advisor for Slope Media and the Media Guild (WVBR) as well as the Director of Undergraduate Studies for the Communication Department. Additionally, he teaches an annual personal essay-writing workshop for high school seniors at the Maple Leaf Academy in Wuhan and Dalian, China, where stories are developed for college admissions applications.

Professor Byrne studied Theater Arts at Emerson College in Boston, earning his Bachelor of Fine Arts in 1988 before relocating to Los Angeles, California, where he directed theater, worked as a film location manager, and served as a screenwriter. He received his Master’s in Education from Cal State Northridge in 2005 before moving to Ithaca, New York, where he taught high school Advanced Placement Literature for eight years and earned a Master’s degree in English Literature from SUNY Cortland.