Hospitality industry labor laws have become increasingly complex to follow, as regulations were largely designed with other industries in mind. But it has never been more critical for employers to make sure that they are in compliance with both federal and state laws, which are rigorously enforced.

This certificate program begins by providing you with a framework for discrimination law to help you identify the seven protected classes under federal law and then defines employers’ obligations in accommodating these classes. Additionally, you’ll delve into the specifics of discrimination laws, including sexual harassment and organizational liability under the law. Throughout the courses, you’ll have the opportunity to examine your organization’s current HR policies and practices to help recognize and minimize discriminatory behavior in the workplace. You will also study the nuances and complexities of wage and hour law and explore traditional labor law, including the National Labor Relations Act, the purpose of unions, and strategies to manage in a union environment.

By the completion of the program, you’ll come away better prepared to adhere to employment laws to avoid costly risks, exposure, and damages.

This program includes a year of free access to Symposium! These events feature several days of live, highly participatory virtual Zoom sessions with Cornell faculty and experts to explore the Hospitality industry’s most pressing topics. Symposium events are held several times throughout the year. Once enrolled in your program, you will receive information about upcoming events.

Throughout the year, you may participate in as many sessions as you wish. Attending Symposium sessions is not required to successfully complete the certificate program.

For the best experience in this program it is recommended to take these courses in the order that they appear.

Discrimination Law in the Hospitality Industry

In this course, you will begin to analyze and determine discriminatory acts through the lens of burden of proof, according to the law. You will explore the seven protected classes and how certain policies and practices your organization implements can lead to liability and damages. Understanding the legal concepts in accordance with your roles and responsibilities will enhance your decision-making and response with regard to discrimination. Ultimately, a careful examination of federal, state, and local discrimination laws, as well as your HR policies and actions, may help you better manage and prevent discriminatory behavior in your organization.

Federal anti-discrimination legislation covers seven protected classes: race, color, national origin, religion, sex, age, and disability. While some of the protected classes seem fairly clear-cut, others are not quite as straightforward. For example, there are nuances related to sexual harassment, retaliation, the Americans with Disabilities Act (ADA), and religion. You will examine these four areas in detail, including accommodations, different standards for what constitutes discrimination, and adverse employment actions.

More specifically, you will explore sexual harassment and when your organization may be liable under the law. You will study retaliation and investigate how you can minimize conduct that can trigger discrimination claims. In addition, you will scrutinize the definition of disability under the law and determine your organization's obligations to accommodate for disability based on the ADA. You will also analyze your obligations to accommodate employees' religious beliefs.

Wage and Hour Law in Hospitality

The burden is on employers to make sure that they are in compliance with federal and state wage and hour laws, and employers want to be diligent about compliance. The trouble is that the law is not always simple to follow, particularly in hospitality. The law is not written for the hospitality industry; it is written for the manufacturing industry, where the breakdown of work tasks is very clear. Once you move outside of manufacturing, compliance with wage and hour law becomes much more complex and much more confusing. Employers and HR managers in hospitality may not have confidence in their ability to maintain compliance.

A key characteristic of the hospitality industry is that the distinction between supervisor and worker is easily blurred. For example, we've all seen the restaurant manager who pitches in during busy shifts to help serve food. The organization may assume that this worker, as a salaried employee and a manager, is exempt from overtime pay, but is that correct? (Answer: Not necessarily.) In this course, you will examine relevant laws and potential violations that commonly affect the hospitality industry. You will practice correctly classifying workers and explore the questions of wage and hour law that are most relevant to hospitality. (Note: This course will be most relevant to HR managers and employers within the hospitality industry.)

Unions have played a major role in shaping working condition standards in the U.S., and the hospitality industry is no exception. The National Labor Relations Board (NLRB) upholds the regulations that are specified within the National Labor Relations Act (NLRA). Within the NLRA you will find guidelines for conducting elections for union representation and codified guidelines of how to address unfair labor practices, as well as regulations regarding the employer-employee relationship. In this course, you will explore the nuances and parameters of the NLRA as it pertains to working in the hospitality industry. You will discover how and why employees are motivated to form unions. With those motivations in mind, you will delve into strategies for responding to union organizing efforts. Finally, you will be given tactics for successfully managing in a union environment.

This course takes a deep dive into labor union relations in the hospitality industry. During this course you will navigate through the distinct parameters of the NLRA and consider insights into managing in union environments. You will review several curated applicable scenarios and analyze them to determine whether specific behaviors are lawful in the eyes of the NLRB. These scenarios will allow you to practice your ability to decipher the root causes of issues as you prepare to use the skills acquired in this course within your own workplace.

Symposium sessions feature three days of live, highly interactive virtual Zoom sessions that will explore today’s most pressing topics. The Hospitality Symposium offers you a unique opportunity to engage in real-time conversations with peers and experts from the Cornell community and beyond. Using the context of your own experiences, you will take part in reflections and small-group discussions to build on the skills and knowledge you have gained from your courses.

Join us for the next Symposium, in which we’ll discuss how both day-to-day operations and strategic goal setting in the hospitality sector have rapidly evolved over the past two years, opening up new space for real-time conversations about the future of the industry. You will support your coursework by applying your knowledge and experiences to various areas of the industry, examining the innovations and accommodations you have all had to make throughout the COVID-19 pandemic and strategizing on future directions. By participating in relevant and engaging discussions, you will discover a variety of perspectives and build connections with your fellow participants from across the industry.

All sessions are held on Zoom.

Future dates are subject to change. You may participate in as many sessions as you wish. Attending Symposium sessions is not required to successfully complete any certificate program. Once enrolled in your courses, you will receive information about upcoming events. Accessibility accommodations will be available upon request. David Sherwyn is the John and Melissa Ceriale Professor of Hospitality Human Resources and a professor of law at Cornell University’s School of Hotel Administration. He is also the academic director of the Cornell Center for Innovative Hospitality Labor and Employment Relations and a research fellow at the Center for Labor and Employment Law at New York University’s School of Law. In addition, Professor Sherwyn is of counsel to the law firm of Stokes Wagner. Prior to joining the School of Hotel Administration, Professor Sherwyn practiced management-side labor and employment law for six years.

Professor Sherwyn teaches HADM 3870 Business and Hospitality Law, a required class with more than 200 students. In addition, he teaches HADM 4850 Employment Discrimination Law and Union Management Relations and HADM 4810 Labor Relations in the Hospitality Industry. Since joining the faculty in 1997, Professor Sherwyn has won 20 teaching awards. In 2014, he was recognized with a Stephen H. Weiss Presidential Fellowship, the most prestigious teaching award at Cornell University.

In 2002, Professor Sherwyn conceived of, organized, and hosted the Center for Hospitality Research’s (CHR) first Hospitality Industry Roundtable. Since that time, he has hosted more than 20 roundtables. Because of the success of the now-annual Labor and Employment Law Roundtable, the CHR hosts roundtables in each of the disciplines represented in the school.

From 2006 to 2009, Professor Sherwyn was the director of the CHR. In that time the CHR grew from 13 to 34 partners and began sponsoring the Annual HR in Hospitality Conference.

Not ready to enroll but want to learn more? Download the certificate brochure to review program details.
Download Now 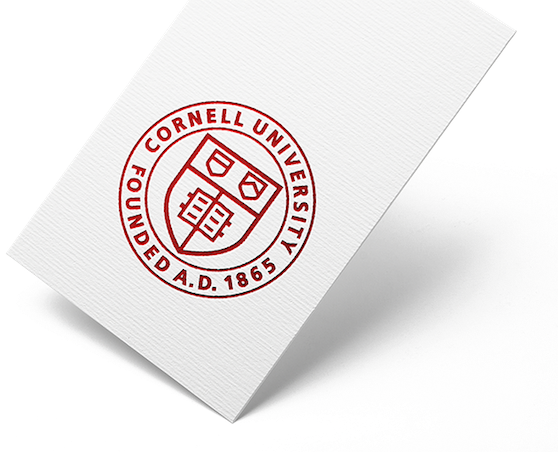 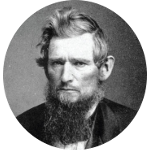 “I would found an institution where any person could find instruction in any study.”
{Anytime, anywhere.}
Ezra Cornell
Founder of Cornell University